Assigned To
None
Authored By
Tags
Referenced Files
Subscribers

The sdw-date iconography that surfaces in the Qubes tray, is not intuitive to users unfamiliar with the technical details of Whonix.

A majority of Qubes users will simply want to know if Whonix is or is not connected securely: yes or no. The clock semiotic only speaks to users who understand the concepts of time-sync. This imposes a cognitive burden on all non-technical Qubes users, and users new to both Qubes and operating a computer in a high opsec environment.

The tray icons today are also difficult to visually decipher, at the small size they are. The icons attached to this issue, are both 32x32; they should adequately replace the icons that are today 32x32 and 32x26. Note on the latter—it had displayed as "broken" until Marta with Qubes filed a bugfix. I suspect some of what contributed to the problem was that the PNG was not perfectly square. The new ones, I ensured are. They are also both transparent, as to not load with big white blocks behind them.

This issue is a duplicate of an issue I created in the Qubes Issues repo on GitHub.

I also suspect the majority of the "work" with implementing this, will be in change-management with regards to updating screenshots on both the Whonix and Qubes websites, and possibly documentation texts. I would love to take the implementation of this on, myself, but am not a developer and also have a very full plate with other user research and design work. 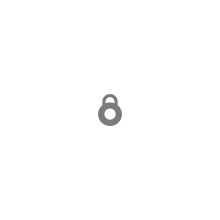 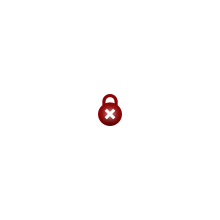 I did comment on the GitHub commit, with a "Waiting" icon (that Marta from Qubes pinged me on neglecting to include), and a grayscale "Stopped" icon—which will color better in the Qubes Tray UI. If those could make it into the commit, that would be superb.

At FPF, our trainers have a slide deck they use to train users on how to do allthings Qubes—and they will need to update their screenshots to reflect the new icons. Any idea when your commit will go out in a nightly?

Not sure that counts as nightly.

@marmarek When do things ship in Qubes updates, from the Whonix dev repo (per Patrick's comment above)? Sorry, trying to coordinate with our training and documentation peeps for the Workstation—not "eager" just needing to manage other ppl's expectations.

Many thanks to you both (and Marta!) for the speedy response. <3

That is a question to @Patrick , he is managing Whonix repositories.